Comprised of some of Melbourne's top brass musicians, Lyrebird Brass is a collective of players dedicated to performing the finest brass chamber music. At the fore of the group's mission is the goal to expand brass repertoire through new commissions with a particular emphasis on Australian music. The members have performed across the globe in some of the world's premiere ensembles, each bringing with them a unique musical background.

The name "Lyrebird Brass" is a homage to a unique songbird native to the ensemble's hometown of Melbourne. Lyrebirds are known for singing for hours each day in a combination of their own distinctive song and mimicked noises, and can even vocalise multiple melodies simultaneously. The name is also a reference to &Eacuteditions de l'Oiseau-Lyre (Lyrebird Press), part of Louise Hanson-Dyer's legacy which has so benefited the Melbourne Conservatorium of Music where each member teaches. 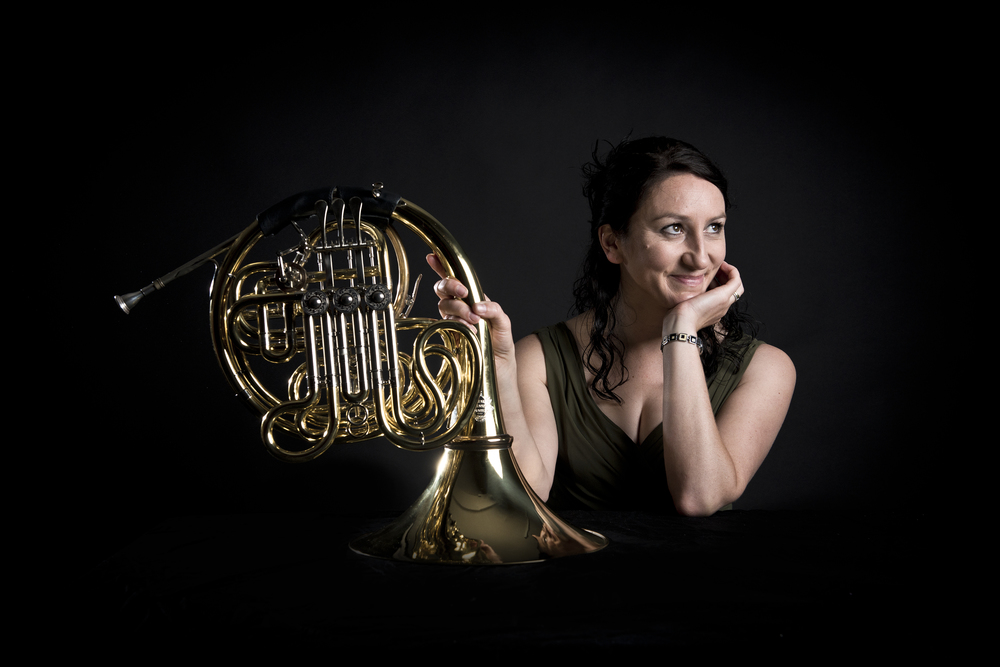 Carla Blackwood enjoys a diverse career performing as a soloist, chamber and orchestral musician in Australia and internationally. On historical natural horns Carla is principal horn of the Orchestra of the Antipodes (Pinchgut Opera) and the Australian Haydn Ensemble. On modern horn Carla performs regularly with the Australia Ensemble, renowned contemporary music ensemble ELISION, Quercus Trio, Lyrebird Brass, and is a regular guest principal horn with orchestras around Australia. Since 2018 Carla has been French Horn Lecturer at the Melbourne Conservatorium of Music, University of Melbourne.

Tiroler Symphonie Orchester Innsbruck and Professor for Horn at the Tiroler Landeskonservatorium in Austria. During her 13 years living in Europe, Carla performed as guest principal horn with orchestras including the Vienna Radio Symphony Orchestra, the SWR Sinfonie Orchester Baden-Baden und Freiburg, Camerata Salzburg, the Swedish Radio Symphony Orchestra and the Royal Swedish Philharmonic Orchestra. Carla has held contracts in a number of orchestras across Germany, Austria and Switzerland.

Originally from Bathurst, NSW, Carla has a Masters of Soloist Performance from the Zürich Hochschule der Künste and a Masters in Performance from the Musikakademie der Stadt Basel, as well as a Bachelor of Music with First Class Honours from the Sydney Conservatorium of Music. Her teachers have included Christian Lampert, Horst Ziegler, Hector McDonald and Radovan Vlatkovic on modern horn, and Thomas Mueller and Glen Borling on the natural horn. 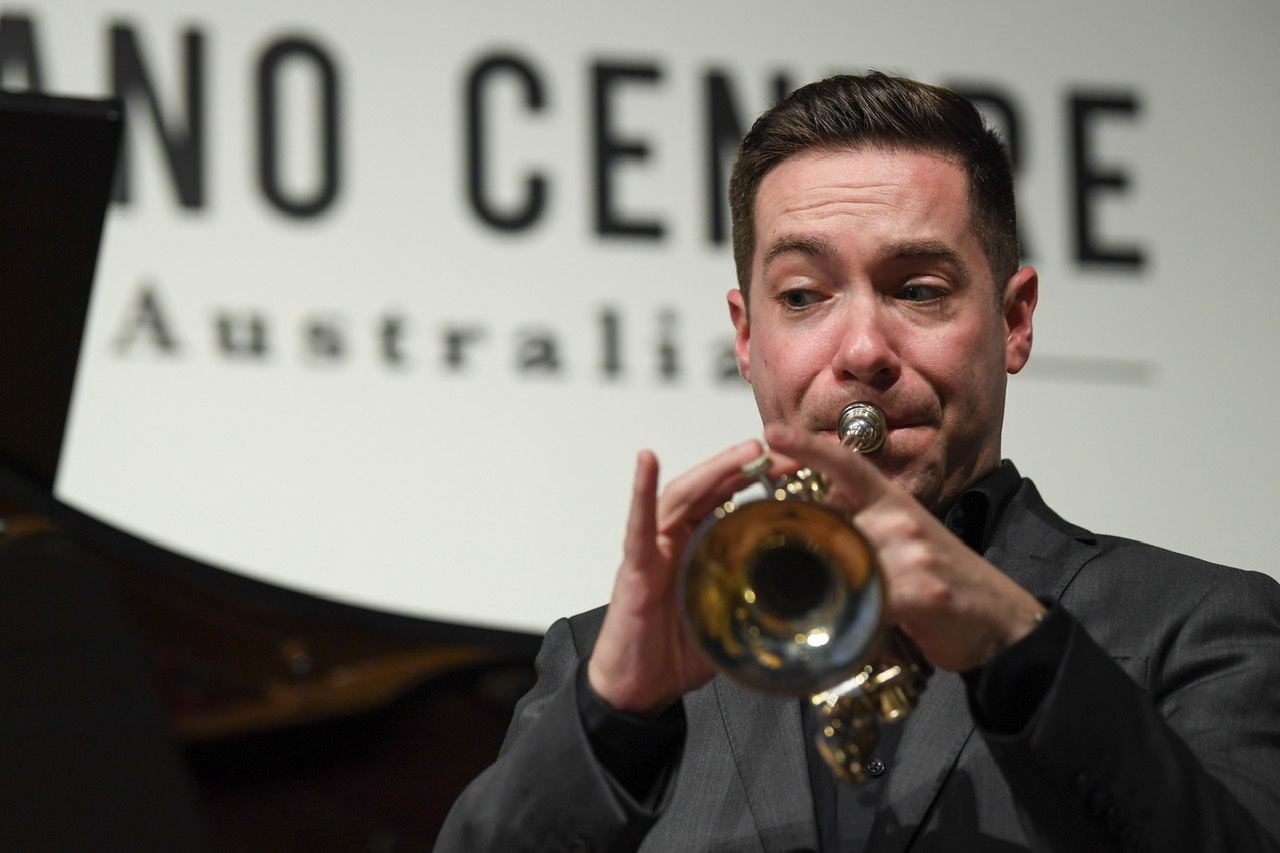 A proponent of contemporary music and chamber music, Joel has given solo and collaborative recitals in the United States, Canada, Germany, the Netherlands, the Philippines, Australia and Japan. He is a member of Ensemble Three, a unique trio of trumpet, trombone, and guitar which has been praised as “an inspiring example of forward-thinking classical music culture” (CutCommon), and won the 2017 Melbourne Recital Centre Contemporary Masters Award.

Deeply devoted to teaching, Joel is on Senior Lecturer in Music Performance at Melbourne Conservatorium of Music (University of Melbourne) and has also been on faculty at Juilliard School's new campus in Tianjin, China and Brandon University (Canada). Awarded a Fulbright Grant 2007, Joel spent a year performing, teaching, and studying in the Netherlands. Joel received his bachelor's degree from Oberlin Conservatory of Music before pursuing graduate studies at the Yale School of Music from which he is a recipient of the Doctor of Musical Arts degree.

Joel is a Yamaha Performing Artist. 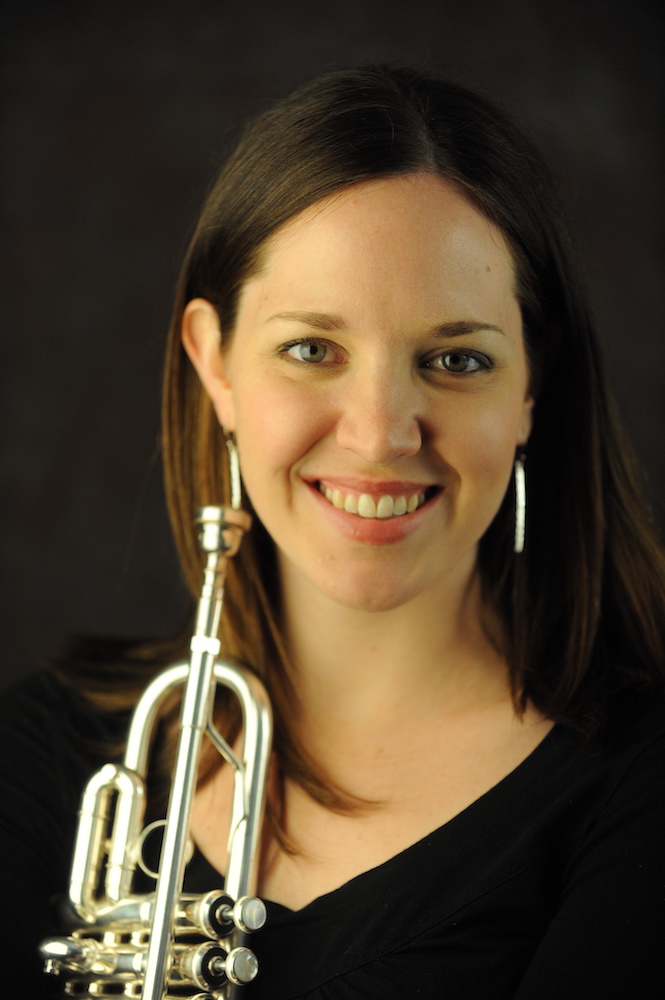 Rosie Turner grew up playing the cornet in Willoughby Brass Band in Sydney. After completing her Bachelor of Music at the University of Sydney with James Blunt, she was accepted to three years of programs with the Australian Youth Orchestra, and learnt about orchestral playing from John Foster, Yoram Levy, and Daniel Mendelow. This led directly to a move to Philadelphia where she was fortunate enough to study with David Bilger at the Curtis Institute of Music, and listen to the Philadelphia Orchestra several times a week for two years.

Upon graduating Rosie began as Second Trumpet in the Macau Orchestra where she served four seasons, and during this time was also able to guest with the Hong 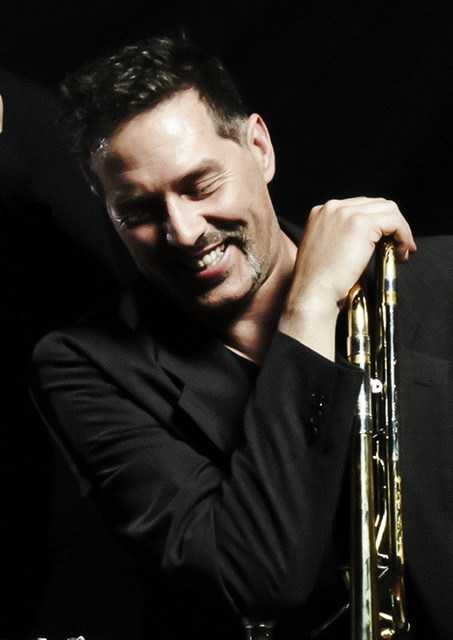 Internationally recognized as an elite performer and teacher, Associate Professor Don Immel has a singularly diverse performance background that includes dozens of world premiere performances, two jazz-based solo releases of his own compositions, six years as principal trombonist with the Danish Philharmonic, and substantial work as a chamber musician.

His critically acclaimed project Three was launched in 2012 with MCM colleagues Joel Brennan and Ken Murray as an artistic vehicle to commission, record and perform new music on the local, national and international stage. To date, Three has commissioned and/or premiered over 30 works, many of which can be heard on recent releases: Midnight Songs (Tall Poppies Records, TP237), Return Journey (ABC Classics), Despite Our Silent Elders (Lyrebird Productions). Voodoo Sonnets (Lyrebird Productions) is set to be released in early 2021.

Don currently serves as Associate Director (Performances) for the Melbourne Conservatorium of Music. 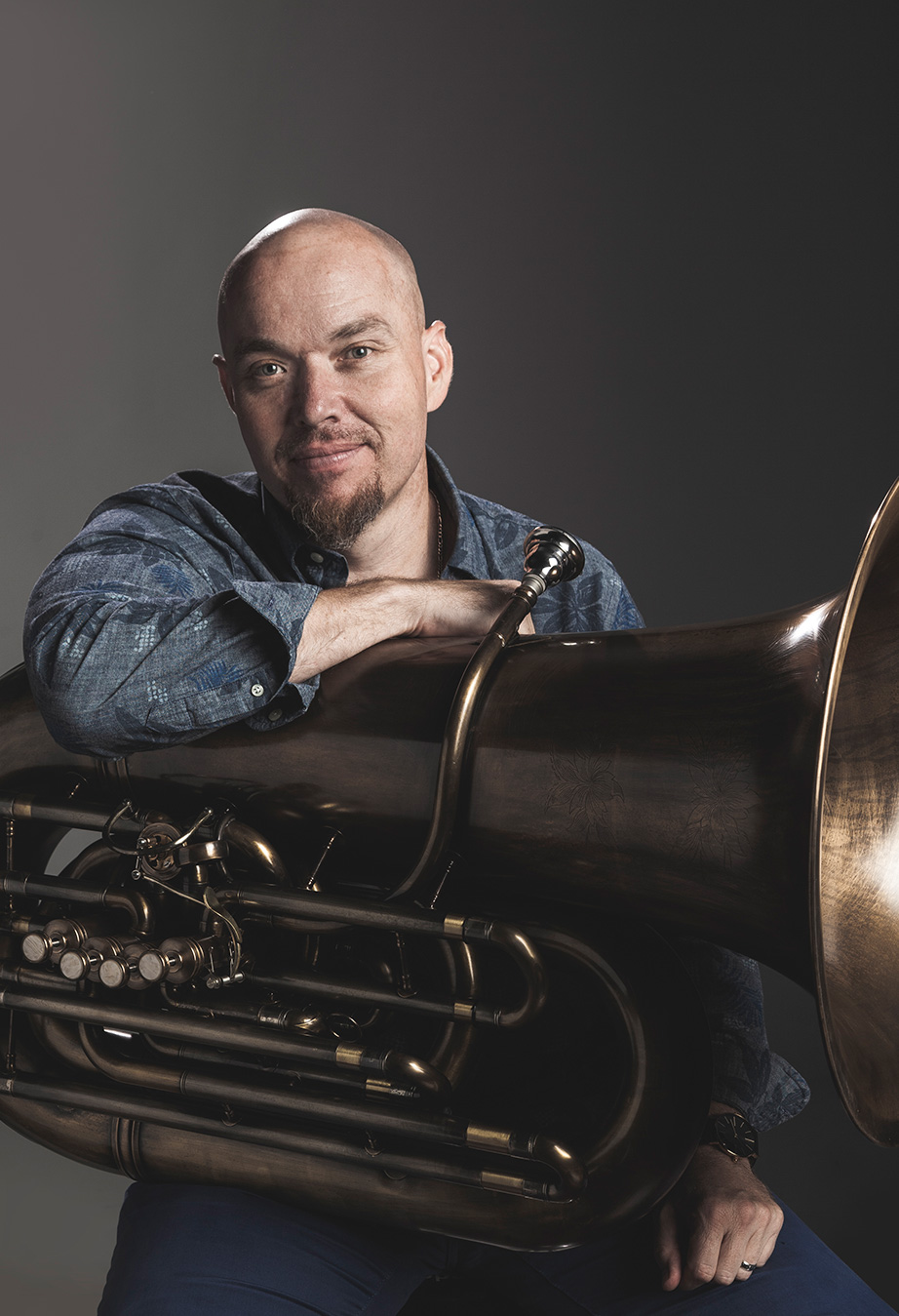 Tim Buzbee has been the Principal Tubist with the Melbourne Symphony Orchestra since 2010. Tim grew up in Queen City, Texas and knows knows he would probably be flipping burgers if not for the help of teachers Ed Jones, Gene Pokorny, and Matt Good. He has performed as guest tubist with many orchestras including the Chicago Symphony, Danish Radio Orchestra, Swedish Radio Orchestra, Dallas Wind Symphony, Malaysia Philharmonic and the Helsingborg Symphony.